Warning: count(): Parameter must be an array or an object that implements Countable in /nfs/c07/h03/mnt/178353/domains/unfitforpublication.org.au/html/plugins/system/gantry/gantry.php on line 406
 Inscription, 2014 - Unfit For Publication
Text Size 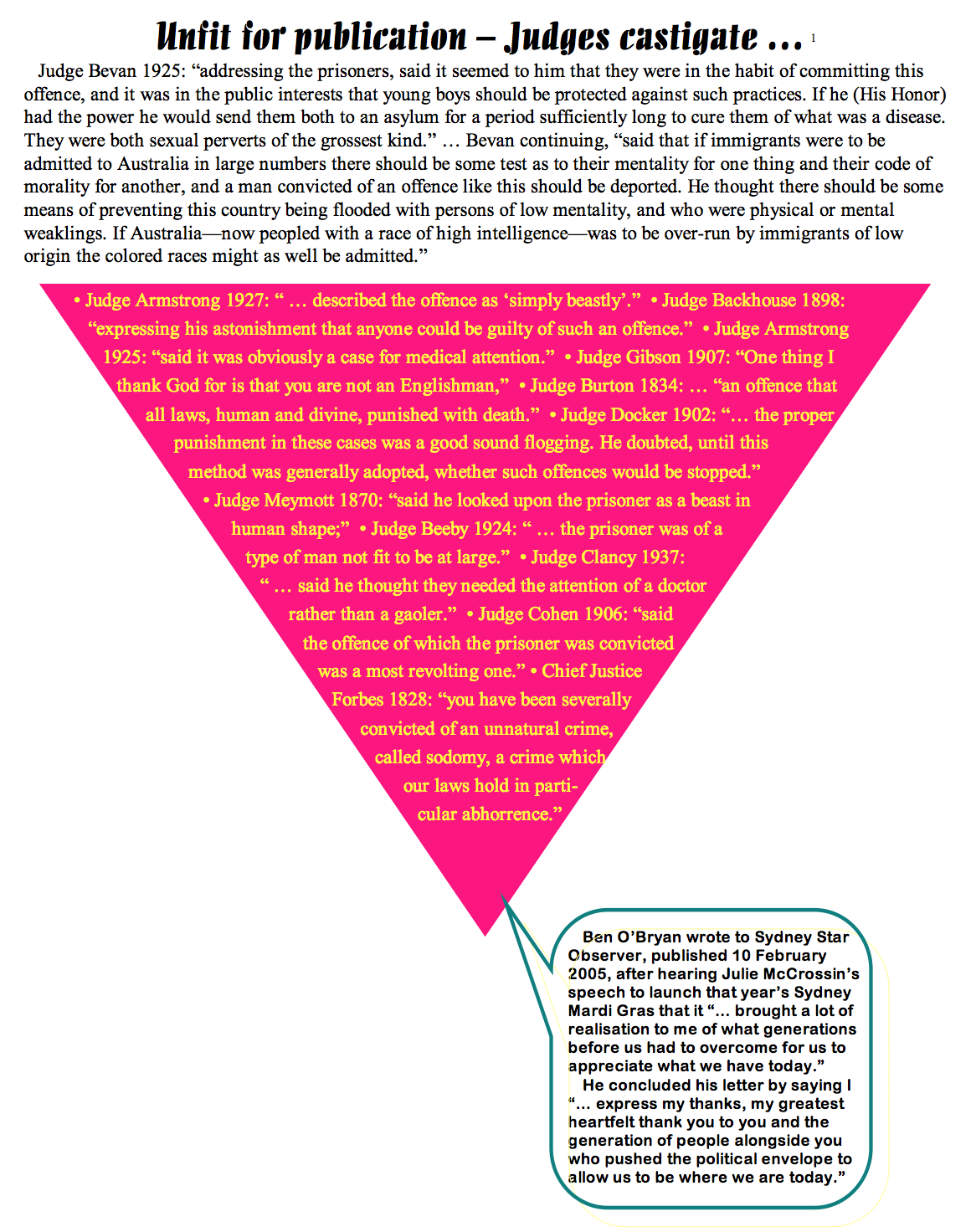 1  The pink triangle was one of the Nazi concentration camp badges, used to identify male prisoners who were sent there because of their homosexuality. Every prisoner had to wear a downward-pointing triangle on her or his jacket, the colour of which was to categorise her or him by “kind”. Other colors identified Jews (two triangles superimposed as a yellow star), political prisoners, Jehovah’s Witnesses, “anti-social” prisoners, and others the Nazis deemed undesirable. Pink and yellow triangles could be combined if a prisoner was deemed to be gay and Jewish.

Originally intended as a badge of shame, the pink triangle (often inverted from its Nazi usage) has been reclaimed as an international symbol of gay pride and the gay rights movement, and is second in popularity only to the rainbow flag.


Warning: "continue" targeting switch is equivalent to "break". Did you mean to use "continue 2"? in /nfs/c07/h03/mnt/178353/domains/unfitforpublication.org.au/html/modules/mod_accordeonck/helper.php on line 90